Two weeks ago, I went to New Mexico to be part of a group of about forty people helping to put one of several new coats of adobe mud on a large beautiful building that is dear to my heart. It was simple and beautiful work, a full-bodied labor of love. We started our day close to sunrise and ended in the early afternoon just as the temperature was climbing into the stratosphere. The wet slurry of mud and straw stayed cool in the wheelbarrows and buckets in which it traveled but dried very quickly once it was plastered onto the wall and began to bake in the hot, relentless New Mexico sun. Like the mud on the walls, I too began to bake and dry, becoming a slow cooking June roast, baking for hours a day, day after day.

When I arrived in New Mexico, people who had already been working on the building and her high surrounding walls for several hot weeks waxed eloquently about the potential for heat stroke and the necessity of staying hydrated. I knew my history with heat stroke and my predilection for dehydration – what I didn’t realize was how dehydrated I already was when I arrived. As the first rays of sun came over the mesa on my first morning, my body and mind went into heat survival mode. Without a word or a thought – autonomically – I began to move like the kangaroo rats who are native to the region and are more closely related to gophers than mice, hoping from shady spot to shady spot and scurrying into cool corners and caverns of any sort whenever I could. The first day I sought out some of the coveted shady spots that needed new mud and managed to spend the majority of day one in the shade, venturing out only to help someone or refill a bucket or a wheelbarrow with the wet, red slurry that dried with rapid splendor in the hot sun. My tissues began to retain water in important ways. There was a hunkering down and pulling in that is beyond familiar to me, and honestly in strange and traumatized ways comforting.

The amount of liquid I need is far greater than I consume in general. In the last two weeks, I’ve recognized more deeply how that’s been true for me my entire life. I’ve also come to suspect that’s true for most of us. Living in the Southwest means leaving the house with water is as important as your keys and phone. Public service announcements encourage people to drink eight glasses of water a day, an 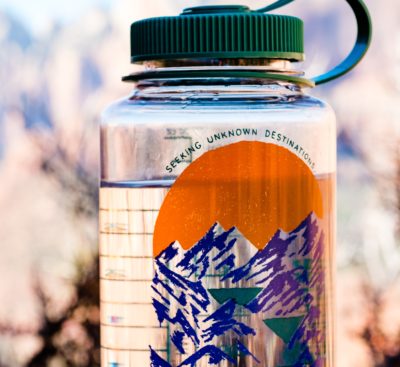 amount that seems laughable. One of the things I’ve learned in the last two weeks is that my ability to laugh my basic survival needs off is a modern privilege. In the modern world, hydration is not a necessity. Air conditioning, fans, my water bottle and the reality that I spend more of my day inside than outside can trick me into thinking that I’m hydrated when I’m not. I’m also not actively working or moving in the heat. In the heat, the reality of my chronic underhydration becomes quickly apparent.

In New Mexico, the only respite from the heat came in the early hours before dawn, when both the earth and my body cooled down. But the fourth night, the cool air didn’t arrive and I didn’t reach groggily for my blanket. Instead, I flipped somewhere between sunset and sunrise like a hotcake on a desert griddle. I woke up hot and strange – “a hot mess” as they say in New Orleans. The day before I had been running wheelbarrows over stone thresholds with ease; but now my head felt like a hot stone and my mind a muddy slurry. I was obviously dehydrated and unwell. I felt pushed to the right inside myself, in a way that was both familiar and thoroughly unique. No amount of liquid either swallowed or bathed in could shake my persistent sense of being off kilter. My brain was working triple time. I felt like some invisible hand had climbed inside my skull and clamped down on my brainstem, throwing my cerebellum into confusion. Instead of heading off to mud, I had some Miso soup, a bunch of water with electrolytes and went back to bed. Lying on my back, my twenty years as a Craniosacral Therapist gave me the perception to recognize that my brain was swollen ever so slightly. It took up more space in my skull than usual. I could feel that the the Cerebrospinal Fluid (CSF) which is central to life had slightly less space and more weight.

I spent the day resting and moving slowly. There was no air conditioning, but there was refrigeration and shade and I made ample use of both. When everyone came back from mudding that afternoon, multiple people saw that I wasn’t my normal self, and later that night after a trip to air conditioning, a cold shower and even more foods and fluids, they saw that I looked normal again. I was, but it was tentative, and slipped away again the next morning, a couple days later and a couple times in the weeks since. I’ve heard that heat stroke comes in a flash and lingers for a long time. That is my current experience. As I lay on my back feeling the grip of my brainstem, and later the welcome freeze of ice packs cooling me down – something that worked wondrously – I kept flashing on a sort of clean, uncomfortable and certainly not air-conditioned hotel room in Rajasthan… 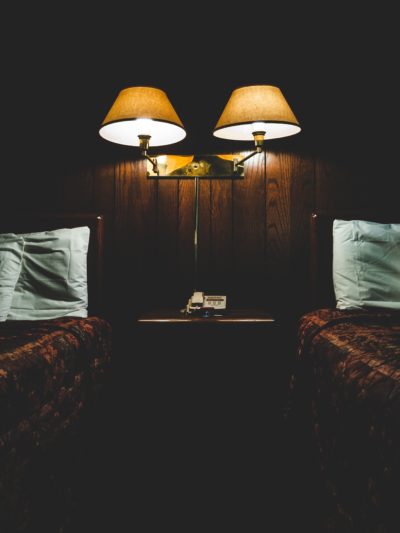 My father and I landed in New Delhi in May 1978, completely unfamiliar with both the culture and the heat, and more committed to not drinking unsafe water than we were to our own hydration. That left us regulated to cold sodas at roadside stands, without a cooler or ice. Add jetlag and you’ll understand that our minds and bodies were beyond exhausted. On day two of our journey, we were driven five hot hours from Delhi to Jaipur, the majestic pink city who sits surrounded by the Rajasthani desert. Unfortunately, we saw more of our dingy hotel room than the glorious city of Jaipur. For several days we were too sick to go anywhere.

It had been forty years since heat stroke and I had interacted, but as far as my body was concerned, New Mexico in June 2018 and Rajasthan in May 1978 were the same. Though decades and oceans apart, the first experience helped my body recognize the second and respond effectively. Decades vanished in hours. I was too out of it to think about what my brain and specifically my amygdala was doing, but it was clearly and effectively reminding me of a past relevant danger to help me navigate the present moment. It worked and is still working, as I am still clawing my way back two weeks later from a heat induced precipice.

In these two weeks, I’ve learned more deeply about my body and her needs. I have experienced more clearly both the external desert of New Mexico and the internal desert inside me – the places in my tissues and history where dryness is so thorough that the existence of fluids seems a distant reality. I guess we really do teach what we need to learn. Teaching Biodynamic Craniosacral Therapy, a fluid-based modality, does drop me deeper and deeper into my fluids. And now, full of fresh teachings from the New Mexican desert, I am learning in some ways for the first time how to stay hydrated and committing to my fluidity from a deeper depth.

In another blog I will write more about the physiology of the stress response and what I learned about its stages and relationships from the inside out in New Mexico. In that blog or perhaps another, I will write more about how the circumstances of my mother’s womb and my birth are relevant to my relationship to food and water and my familiarity with dehydration. More to come. In the meantime — stay hydrated!

coronavirus and community care... a few weeks in

We are changing our habits!