HomeAll postsStoriesAn Oyster Who Had Earned His Pearl

An Oyster Who Had Earned His Pearl

I have chosen to re-post this first of a two-part blog that was written over three years ago.  It is still a really important story in my life and I believe relevant to today and the ways Corona is growing, changing, challenging us. In the blogs I share a story of how being close to a friend’s death process awoke so much in me. I share because we are all living within sight of our mortality in these times, and too many of us have lost loved ones. All of us who live beyond this time will be transformed and what we are learning now will be a part of the bundle we carry forward.

Dan was of slight frame, one of those people that inspired me to make huge meals and want to feed him until he bulked up. I only fed him for a few weeks, but he still looked hungry. His walk, his posture and his white hair that was cut into a bell that rang just below his ears all spoke the truth that life is hard and it had been hard on him from a young age. 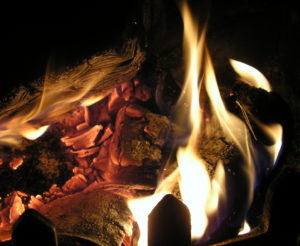 While Dan’s body was lean, his spirit was far from sparse. Dan was quiet and kind and powerful. His presence gave him weight and bulk. He was an oyster who had earned his pearl. His smile could warm up a room the way a wood stove does in a blizzard, and his heart must have had it easy, as big as it was, beating inside such a small body.

In the short time I knew Dan he changed my life forever. I credit him with teaching me to accept the full bundle of the gifts I have been given. What he taught me has led me to walk in the world and share with the world differently. Dan and I never talked about our bundles, and I never asked him, but I doubt he would have said he had accepted his gifts, or even recognized them.

Dan had returned from Vietnam scarred and changed and in immense pain. After nearly drowning in alcohol, he had sobered up long before I met him. Staying clean seemed easy for him, but living in the world not so much. He never found a way to fit in or meet the expectations of the modern world. He hadn’t had enough money for a regular home for a long time.

When Dan showed up in a community I’ve been part of for a long time, it was like he’d just been gone for a few years, even though we’d never met him before. It wasn’t long before he began staying with different people in the community for various lengths of time helping in any and every way he could. One autumn, Dan stayed with my ex-husband and I for several weeks at our home in the mountains outside of Denver. He helped us both tear down and mend fences, dig a fire pit and build a sweat lodge, thin trees, stack wood and more. Dan gave everything his all. He was one of those guys who if you didn’t give him something to do, he would go looking until he found something to do and do it all the way.

Dan didn’t particularly like being still, but I could tell moving wasn’t easy. As the weeks went by, it seemed to be getting harder. Dan took progressively longer breaks and complained more and more about “the knots in his back.” One day, concerned, tired of hearing him complain and wanting to help, I said, “Come on, get on my table.”

I didn’t start at his back, but when I put my hands there I was instantly startled by a word no one ever wants to hear: cancer.

One reason why I’ve spent my professional life teaching people about how to orient to the Health and good in a person or situation is because it’s not always easy for me to do. It seems like I’ve always  perceived things that others don’t, both life affirming and death related, and it has been a long journey to being okay with that more often that not. But finding out that someone has cancer is never okay. And as always, when this kind of information came to me, I didn’t know what to do with it.

Once I heard that word, I knew we weren’t going to find the wellspring of relief I had hoped to bring Dan. Every cell of my being wanted to be wrong, and the wanting to be wrong pinned my ability to know this kind of thing or anything to the floor of my gut. I felt my own body tighten. I felt the familiar swirl of feeling crazy and weird and lost in a world that gave me no context for this kind of knowing.

It was impossible to pay attention to anything else, but I did trust my hands even if I couldn’t focus on them. Dan’s felt like a rocky riverbed that hadn’t seen moisture in a century. I kneaded the rocks as best I could, and there was some softening and settling. Dan’s breath deepened, though it remained in shallow water compared to a normal resting breath.

I thought about what to say and what not to say. Finally, I said: “I think you should go see a doctor to make sure there’s nothing else going on.”

Dan replied: “I don’t need to. I never get sick. I just need to get the knots out of my back.”

I said: “I still think it would be a good idea.”

I didn’t say anything else, and other than my husband, I didn’t tell anyone else what I had heard. 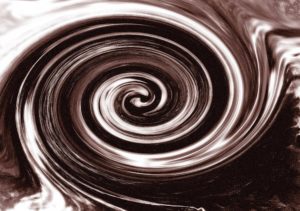 About two months later, after he had moved out of our home, Dan was diagnosed with lung cancer.

I had heard correctly what I didn’t want to hear or know. I didn’t see how my knowing had helped Dan, and I’m still not sure. I don’t know what else happened to send him to the doctor, don’t know if my suggestion to see one had anything to do with it, but I would not have suggested it if I hadn’t heard what I did.

Over time I have come to see how my knowing something difficult ahead of time has helped me prepare for it, and how preparation gives me time to get mad and then sad, feel crazy and then consider the sanity of trusting what I know long enough to figure out what I want to do if I’m right. This has given me multiple opportunities to change my priorities and my schedule and do what matters more with the person I might lose, and push the thousands of distractions and demands that matter much less away, in order to carve out a space to live in this moment, knowing that it might be one of my best – or one of my last.

Although Dan didn’t live much longer, he taught me even more in his dying process and gave me the immense privilege of being there for the last hours of his life – until right before the end. That is a beautiful story too, one I have told many more times than the one I told here. I will write that story in an another piece – stay tuned!

Would you like to keep up to date with the happenings of the School of Inner Health and receive updates on upcoming courses, workshops, and trainings? Sign up for our newsletter here!

Feeling Into What Is Possible From Here

A RAY OF LOVE

This website uses cookies to improve your experience while you navigate through the website. Out of these, the cookies that are categorized as necessary are stored on your browser as they are essential for the working of basic functionalities of the website. We also use third-party cookies that help us analyze and understand how you use this website. These cookies will be stored in your browser only with your consent. You also have the option to opt-out of these cookies. But opting out of some of these cookies may affect your browsing experience.
Necessary Always Enabled

Any cookies that may not be particularly necessary for the website to function and is used specifically to collect user personal data via analytics, ads, other embedded contents are termed as non-necessary cookies. It is mandatory to procure user consent prior to running these cookies on your website.