Distinguishing Activation from Potency Within the Fluids

Fluid dynamics are at the core of Biodynamic Craniosacral Therapy and are an essential piece of what distinguishes this work from other types of craniosacral therapy. Doctor William Sutherland, from whose work and insights Biodynamic Craniosacral Therapy descends, began to recognize at the end of his brave and storied career subtler rhythms in the cerebrospinal fluids than those he had previously witnessed. He called this subtler expression the Breath of Life and spoke very eloquently of it: 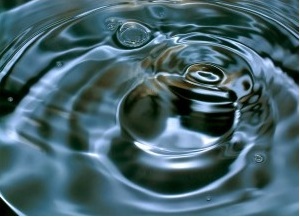 “Within that cerebrospinal fluid there is an invisible element that I refer to as the ‘Breath of Life.’ I want you to visualize this Breath of Life as a fluid within the fluid, something that does not mix, something that has potency as the thing that makes it move. Is it really necessary to know what makes the fluid move? Visualize a potency, an intelligent potency, that is more intelligent than your own human mentality.” – William Sutherland

In the above quote, Sutherland is referencing the relationship between fluid and potency, a core relationship in the Biodynamic Craniosacral Therapy paradigm. During the foundation training, students will learn to palpate both fluid and potency and assess the quality of their relationship to each other. The specific fluid focus is on cerebrospinal fluid or CSF, and students will also learn about the fluid body. The fluid body is comprised of more than CSF. It is a concept that speaks to all the fluids in the body and their communication with each other. James Jealous has said that some of William Sutherland’s descriptions of CSF were likely of the fluid body. When we talk about a general relationship to the fluids or when as a practitioner you settle into your fluids, the focus is on the fluid body.

What is potency? Put simply, potency is energy within the cerebrospinal fluid that carries life force or “the breath of life,” as Sutherland called it. Potency gives tangible access to the blueprint of the body’s inherent health and natural expression. This blueprint resides everywhere in the body, not just in the potency, but potency gives us a way to access it. In practice, potency can be felt as a clear directional force that is in relationship with and within the cerebrospinal fluid and the whole fluid body.

By Module 9, students have the skills to reliably recognize fluids, potency and their relationship. In Module 2, by contrast, they are in the early stages of becoming acquainted with both fluid and potency, and part of what can obscure their perception is the nervous system activation in their own bodies. In Module 2, students are quite likely to initially perceive nervous system activation rather than potency, both in themselves and others. 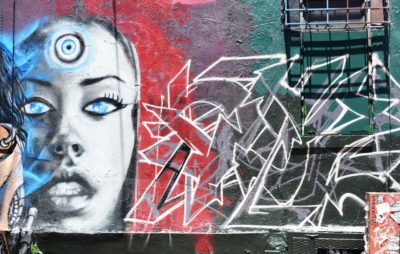 In learning to recognize and distinguish activation from potency, students discover that activation holds specific stories from the person’s life – places in time that have remained unresolved. This is another distinction between activation and potency; activation is time specific whereas potency is timeless.  Potency feels smooth, not buzzy, and is often perceived as shimmering like the sun on water or glowing like a hot ember. Activation, on the other hand, may be experienced as a buzzing sensation. It can literally feel or sound buzzy and can make the practitioner’s hands start to tingle or feel like they are falling asleep. As a practitioner you may sense this buzz in the body and /or the field of the client. This buzz is activation showing itself. For something held to move, it needs a container.

The relational field is one layer of the container, being aware of the fluid body is the next, and tracking specifics in the body a third layer. In Module 2, students learn to be aware of the fluid body as a single unit of function. They also begin to listen to and distinguish potency from charge / activation in the fluids. This differentiation supports the possibility of activation diffusing within and/or discharging from the fluids. Fluids are used as shock absorbers in machinery; in fact, that is one of the primary functions of cerebrospinal fluid in the head– to provide a fluid shock absorption layer between the skull and the brain. When the possibility of activation re-establishing its relationship to the present is supported, shock discharges. The body can return to wholeness. Grounding, settling and discharge can occur. To help charge meet and spread in fluids, you can verbally suggest or non-verbally intend this possibility to the client. Be mindful that each person will do this when they are ready and that the activation often wants to be seen and felt before it releases.

When as practitioners we establish contact with both charge and fluid, we can support the discharge process effectively. Our job is to stay in relationship to our midline first, and then deepen and widen our perception to the fluid body, and then witness the activation in the fluids without losing sight of the fluid body or our midline. When we hold all three of these effortlessly, within a wholistic shift, discharge will often occur. From this level of perception, when you attune to the buzz within the fluids, it may begin to rise like steam. The client will often experience a deep and systemic shift.

We Are Becoming Compost

A Grand Pause: Pandemic Time from a Biodynamic Perspective