Please enjoy this fantastic article from Graham Kennedy at Enhancing the Future explaining not only the difference between craniosacral therapy and cranial osteopathy, but also the difference between the various therapeutic models and approaches under the general umbrella of craniosacral therapy. At the School of Inner Health, we emphasize Biodynamics, but our approach is also somewhat Process-based. 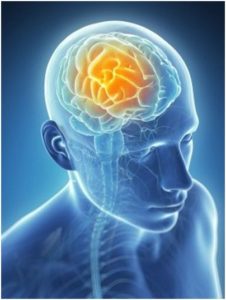 There are a few questions that any craniosacral therapist (and I would assume cranial osteopaths as well) will hear and get to answer many times during their time in practice. Some of these are quite simple to answer as they merely reflect a lack of full understanding of what this therapy is about. These include such notables as do you only work on the head? Is it a form of head massage? Is it like reiki?

However, other questions are more insightful and generally require a more comprehensive response. One of the most common of these is what is the difference between craniosacral therapy (CST) and cranial osteopathy (C.Ost)?

Both therapies have their origins in the work of William Garner Sutherland, an American osteopath who lived in the first half of the twentieth century. As a result of Sutherland’s background, osteopathy within the cranial field, as it was originally called, was only taught within osteopathic colleges. Only later was it to become known as cranial osteopathy. This leads us to the first primary difference between the two. Cranial osteopaths have trained as osteopaths and then gone on to further study of the cranial concept. Craniosacral therapists, by comparison, are not usually qualified osteopaths (although a significant number of craniosacral teachers are), but generally have more varied backgrounds.

In the 1970’s, another American osteopath called John Upledger developed his own approach to Sutherland’s work and began teaching it non-osteopaths. In order to clearly differentiate his approach from cranial osteopathy, Upledger named his “new” therapy craniosacral therapy. Many cranial osteopaths were (and quite a few still are) outraged at the fact that Upledger was openly teaching what they considered to be osteopathic truths to non-osteopaths, with only a fraction of the training.

Many people, including some cranial osteopaths, see all craniosacral therapy as having derived from Upledger. However, this is not true. What is less well-known is that over the years a number of different therapeutic models have developed from Sutherland’s original teachings, taking this work into new areas of clinical effectiveness.

The most common of these are the biomechanical model, Upledger CST, the biodynamic model and process-based CST.

The following is a brief synopsis of each of these approaches.

Biomechanical model – based firmly on Sutherland’s early work, the biomechanical model focuses on resolving tissue restrictions and lesion patterns throughout the body, but with a particular emphasis on the core of the system. The core of the system, also known as the Primary Respiratory System, is considered to have five components – the cranial bones, the cranial and spinal dura, the central nervous system, the cerebro-spinal fluid and the sacrum. The focus in this model is for the practitioner to identify areas of physical restriction and to resolve them using a variety of highly specific techniques to bring about a resolution. As a result, this approach tends to be more prescriptive, goal-oriented and practitioner-led and is probably the predominant model practised by most cranial osteopaths.

Upledger CST – Upledger’s CST is primarily biomechanical in nature as it involves the application of 10 step protocols and specific techniques related to different complaints. However, one of the ways in which Upledger’s approach differs from other biomechanical forms of treatment is his development of somato-emotional release, a catharsis-based treatment process for working with embodied emotional issues.

Biodynamic model – the biodynamic model is probably the most common model practised by craniosacral therapists in the UK, along with a small but growing number of cranial osteopaths. This model recognises that there is an organising force within the human system. Sutherland named this the Breath of Life, and developed ways of utilising it for therapeutic purposes. The Breath of Life is seen as the deepest expression of Health within us, and expresses itself as rhythmic fluid and tissue movements. Practitioners working with this model do not focus on releasing restrictions (as in the biomechanical model) but emphasise following an inherent treatment plan as organised by this deeper intelligence in order to establish a deeper relationship with our Health. As such it can be considered to be non-prescriptive, allowing and more patient-centred.

Process-based CST – this model, developed by the Institute of Craniosacral Studies, emphasises the importance of how the experiences of our lives have shaped us. Based on biodynamic principles, this approach takes the biodynamic model one step further and recognises that there are times in clinical practice when it is important to be non-prescriptive and allowing and there are also times when we need to work more directly and prescriptively. It approaches the body as a process to be engaged with, rather than an object to be fixed.

Practitioners develop a unique approach to not only work with tissue restrictions but also to engage with deep-seated emotional, psychological and traumatic material.  In order to do this, clients are met from an engaged place of  support, empathy and deep listening, rather than simply through the imposition of technical skills or therapeutic agendas from the outside.

As a result of these different ways of working, the question “what is the difference between craniosacral therapy and cranial osteopathy?” becomes less easy to answer without understanding each individual practitioner’s therapeutic approach.

Would you like to keep up to date with the happenings of the School of Inner Health and receive updates on upcoming courses, workshops, and trainings? Sign up for our newsletter here!

This material came from the source attributed above. Much appreciation for their wonderful work and contribution!

coronavirus and community care... a few weeks in

We are changing our habits!